So what's the difference between a Classic and Team Issue frame? 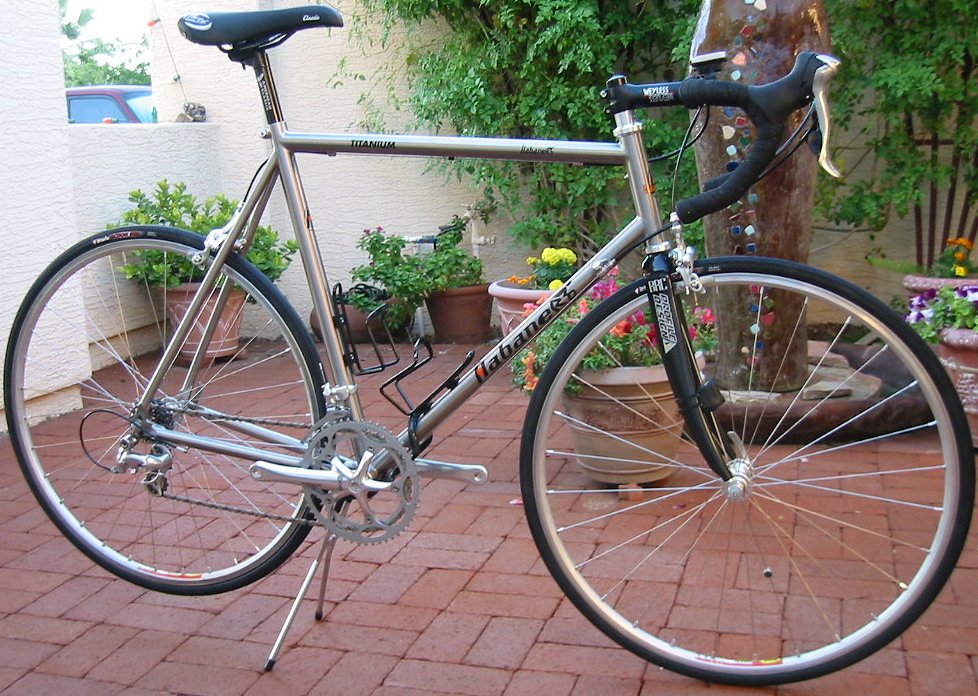 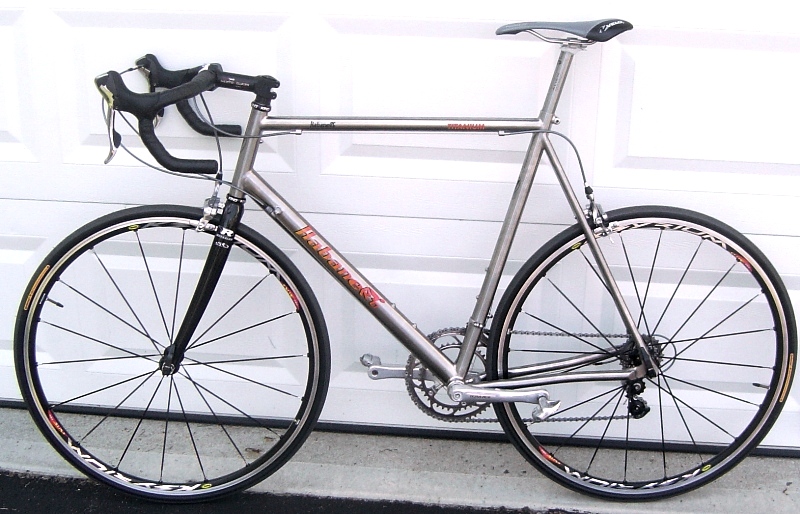 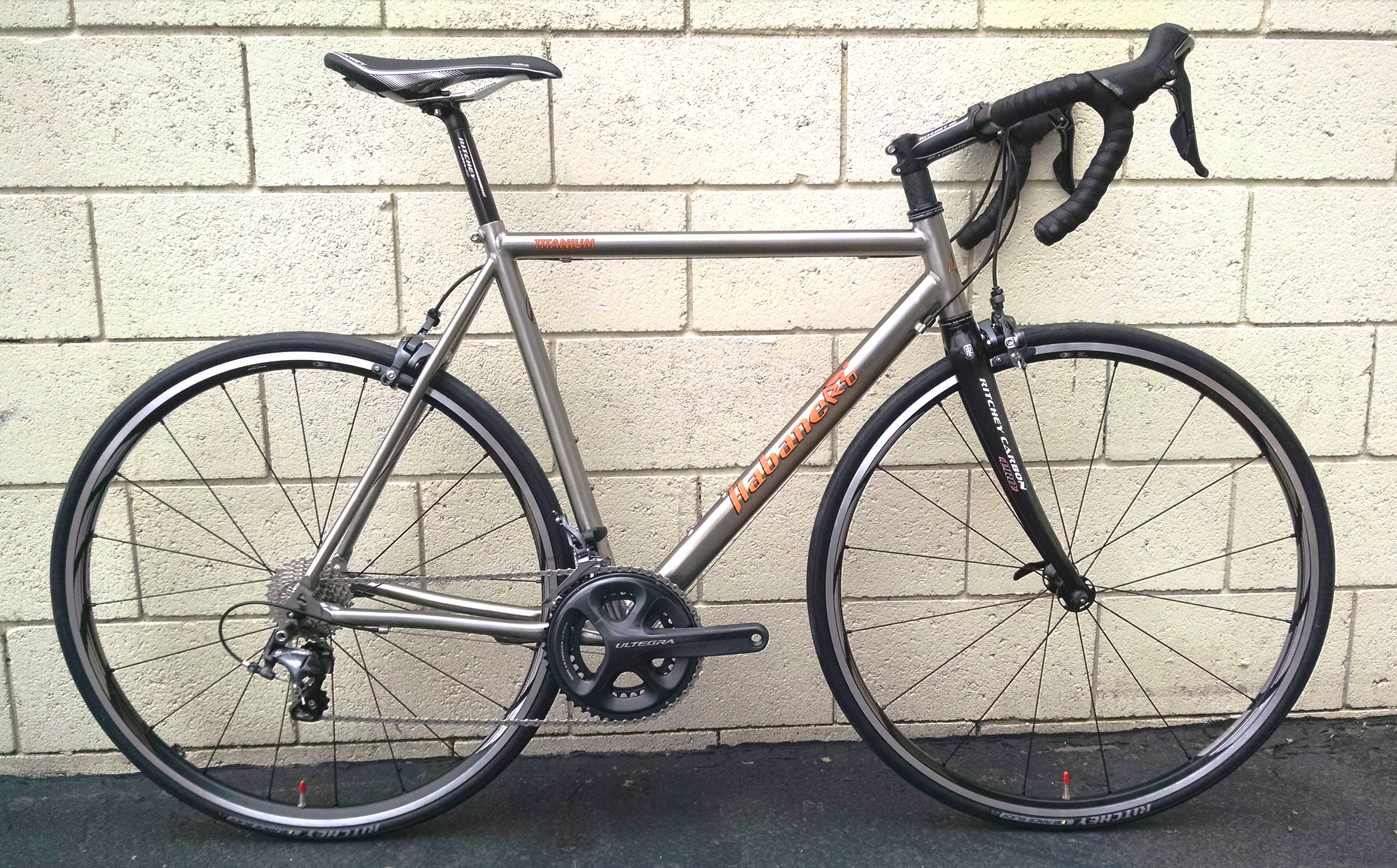 Geometry: The geometry is exactly the same for all three models (same angles, tube lengths, etc.)

Chain stays and seat stays: They're straight on the Classic, and S-shaped on the Team Issue frames

Shift cable routing: All use classic down tube cable routing, with cables running down each side of the down tube, and then under the bottom bracket shell.  The only difference is in the way the cable stop/adjuster is attached to the down tube: 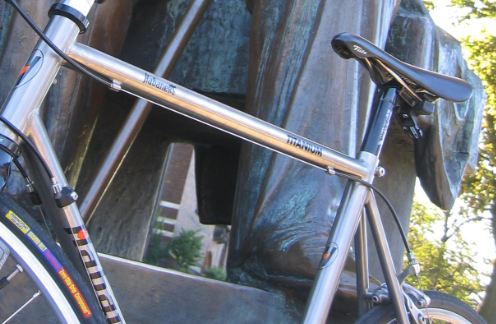 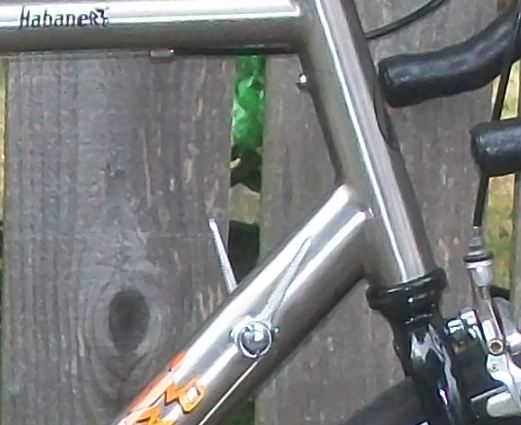 Above are the "bolt-on" cable stop/adjusters as shipped on the Classic and Team Issue Retro frames (note: the color of the cable stop/adjusters being included is silver, not black - black is shown because they show up better in the photo).  Note that you can still use down tube shifters to save weight or money, or in the event of a brake/shift lever failure in the middle of nowhere (sure beats riding the rest of that tour as a single-speed). 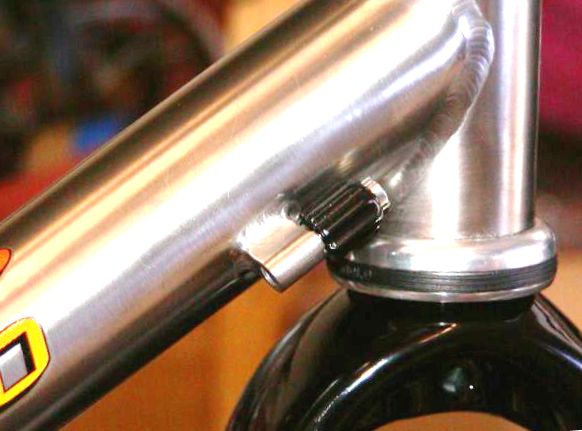 This is the "welded cable stop/adjuster" that is used on the Team Issue Nuevo frame.  It comes as shown, with the threaded adjuster insert.

So what is the difference in weight?  Approximately 3 ounces (85 grams) due to the larger down tube on the Team Issue frames.

What's the difference in ride quality / performance?  While you'll read plenty of opinion to the contrary, you'll never really feel a difference between S-stays and straight stays.  Unless there's a radical "bow" in the seat stay, there's simply no way to compress the nearly-straight S-shaped tube enough to matter (when compared to the much easier to compress tires, saddle, and other more flexible parts on your bike).  The bigger down tube on the Team Issue frames does supply a bit more bottom bracket stiffness, though that's something the Classic frame doesn't lack.  If you're a really big rider who lives for the sprint or thrashing out-of-the-saddle climb, the extra lateral stiffness of the Team Issue frames will be an advantage, though the Classic will still serve up loads of lateral stiffness.

I've got a serious case of 'net ADD - can you describe the difference between frames that takes less than 10 seconds to read?  The Team Issue Retro is a Classic with S-stays, and the Team Issue Nuevo is a Team Issue Retro with welded down tube cable stops/adjusters.